A Dictionary of Yoruba Monosyllabic Verbs 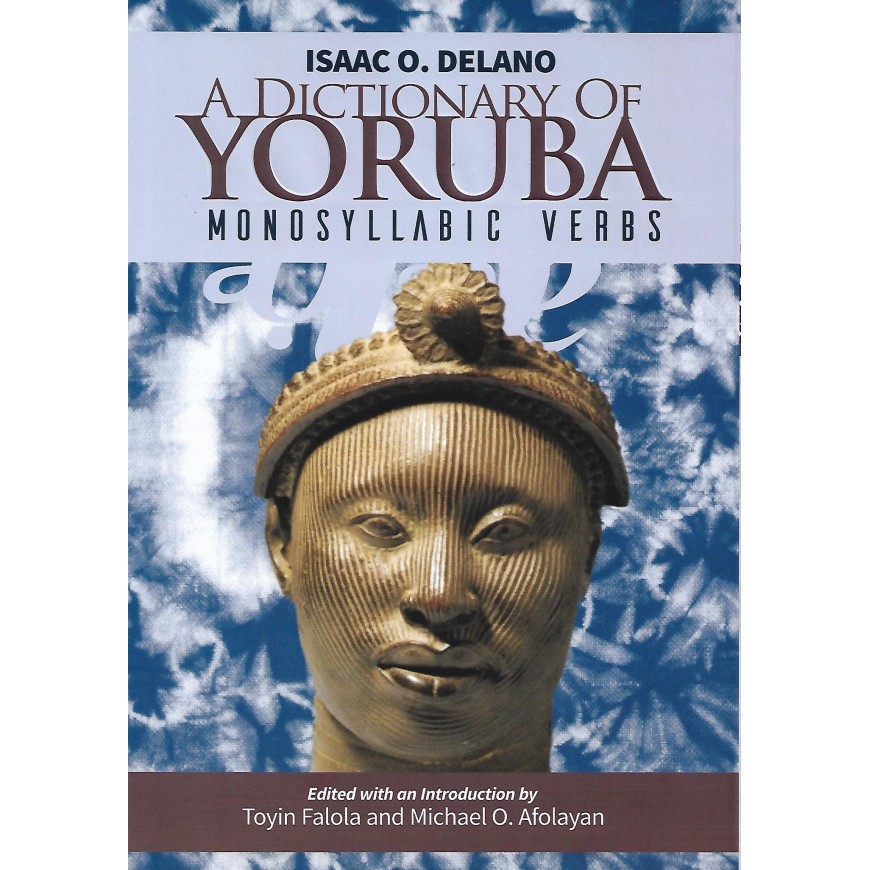 A Dictionary of Yoruba Monosyllabic Verbs

The ingenious assemblage of A Dictionary of Yoruba Monosyllabic Verbs is chief among Chief Isaac Oluwole Delano's contributions to the lexicography of the language. The laborious effort of documenting and entering the unique lexical items into a single voluminous text for the Institute of African Studies of the then University of Ife (now Obafemi Awolowo University) in Ile-Ife is a historical undertaking. No one before or even after Delano has attempted a dictionary of this magnitude, let alone of the Yoruba monosyllabic verbs. Reprinting this seminal work is an attempt to invoke the magnanimous memory of this giant lover of the language and it is our way of honoring the fortieth anniversary of his death. Chief Delano, who passed away on December 15, 1979, left a treasure trove of unforgettable works on the Yoruba language and literature. The current dictionary constitutes the most ambitious and arguably most voluminous of a single work in the Yoruba language. This dictionary is time-tested and has constituted a quintessential legacy that will always pass the test of time.